You are here: Home / History

Camp Hope was started in 1978 to give children a retreat experience in the context of a summer camp setting.
The main goal of camp was to bring youth to a personal relationship with Jesus Christ. Over the past 40 years Camp Hope has taken place at various locations and has had different directors, but its mission and charism has never wavered. Knowing Jesus Christ as Lord and how to live that out through everyday relationships is at its heart.

The camp was first directed by Bruce Weyand who, with his wife Pat, served Camp Hope for the first 14 years till Bruce went on to see his heavenly Father! In 1992 Ed Neri was asked to take over as Camp Director and Pat stayed on as Assistant Director to the women until 2008 (serving for 30 years)! Camp Hope also relocated in 1992 to Camp St. Andrew in Tunkhannock, Pennsylvania. Ed, along with Frank Guido and Pat Weyand, served and cared for camp for the next 15 years.

Then, in 2008, Gary Montemurno and Laura Greey took overall responsibility for Camp Hope with Tim Margiotta serving as the director. Their care and vision for the program truly helped it move forward in the grace and power of the Holy spirit. After Msgr. Kelly resigned in 2015, Camp St. Andrew was closed down and Camp Hope relocated to Camp Menolan in Quakertown, PA. After a two year hiatus from Camp St. Andrew, the camp staff was delighted to hear that it was reopened as “Camp Kelly” and that 2018 would be home to Camp Hope once more.

Soon to celebrate its 40th year as a camp under the leadership of Tim Margiotta as director and Paul Scarfone as assistant director, Camp Hope continues to look to the guidance of the Holy Spirit in remaining true to the original mission and charism of the camp. Camp Hope is the Lord’s and we pray for many years to come of life changing encounters of faith in the power of the Holy Spirit. 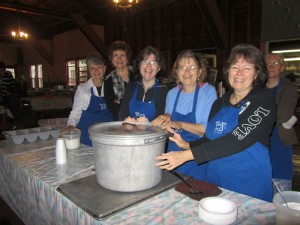 For more information about Camp Hope or to reach us with any questions, please email us at camphope.poh@gmail.com